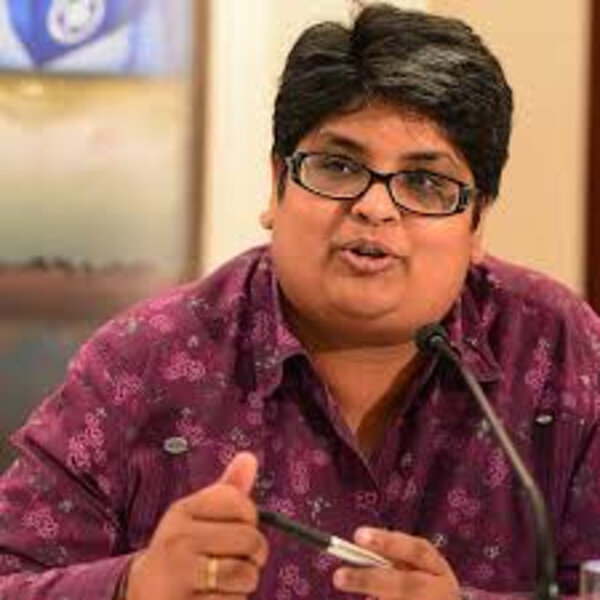 The end of the DA's black leader experiment?

Guest : Sanusha Naidu | Political Analyst The Democratic Alliance’s (DA) post-2019 election review report recommends that party leader Mmusi Maimane step down. The DA’s disappointing run in the 2019 general election saw the knives come out for the charismatic leader — its first black party head. In 1994, the DA got 1.7% of the vote. In 1999 it got to 9.5% of the vote and grew steadily to a high of 22.3% in 2014. But the 2019 election saw the DA slump for the first time in its history — to 20.7% The review report committee was led by former DA chief strategist Ryan Coetzee. A party source said: “There’s a recommendation that the leader step down.” But those in Maimane’s corner said he will put his faith in council delegates. One of these said: “The report will be tabled on Saturday; it’s the only thing on the agenda. From there they will deliberate and it is up to council to decide.” The report is also thought to contain a suggestion that the party’s chief executive, Paul Boughey, leave. READ MORE: Paul Boughey, CEO of the DA has resigned Boughey seems to have preempted this, with his resignation late on Thursday. In his resignation letter, Boughey said that he had “reached an agreement in principle” with the party to step down, adding that the full details of the agreement would be revealed in the coming days. In a statement released by the DA, noting the resignation of Boughey, the party lauded his service to the party and the “Democratic project”. UCT political analyst Sanusha Naidu joins us live for her thoughts on this development

CoCT suspends metro cops involved in eviction of naked man - when do we question the actions of metro police officers? When will they be disciplined?

Guest : Rafieq Mammon | Artscape has partnered with community, regional and national radio stations across the country to bring the 2020 New Voices Programme to individual South African households as radio dramas over a two-month period from June to August.  The project seeks to give an opportunity to young writers as well as restoring dignity and confidence to those who have been disregarded and under-represented in the past.

Where in the world is... Lester Kiewit?

Only Grade 6, 11 and Grade R will return to school on Monday - WCED responds

Guest : Kerry Mauchline | Spokesperson for Education MEC Debbie Schäfer| The Council of Education Ministers has made amendments to some grades returning to school.   Minister of the Department of Basic Education Angie Motshekga held a meeting with stakeholders on Thursday and announced that  "After careful consideration of all the reports CEM took a decision that only Grade 6, Grade 11 and Grade R will return to school on Monday, 06th July 2020," the council said in a statement.  Other grades will be phased during the month of July.

Guest : Ashley Newell Food Flow is a new initiative pioneered during this crisis in Cape Town – with donations they buy produce from small-scale farmers who would usually supply the restaurant business – to make up essential vegetable boxes to distribute to communities facing food insecurity.   Thus, protecting the supply chain for the future, keeping small farmers afloat – Food Flow shifts the flow of produce coming from farms to those most vulnerable.      FoodFlow then matches the farmer with a community organization in their vicinity who distributes harvest bags or cooks a meal for their beneficiaries. FoodFlow works to sustain food livelihoods, enabling farmers to continue sustaining their business despite the loss of restaurant, hotel and market clients and ensures fresh nutritious food keeps flowing to those who are most impacted by food insecurity

Guest : Lawrence Manaka                Liyema Saliwa Today,  Equal Education held an online Children’s Conference, bringing together learner members of Equal Education (Equalisers) and education officials from various provinces, to discuss how to address the challenges faced by learners during the Covid-19 pandemic, and the realisation of a Charter for the Equal Education organization.

Guest : Chantal  Bredenkamp | Grade 3 teacher  at Sunnyside Primary School The last few months have been tough on the education sector.  Schools were one of the first institutions to shut down even before the nationwide lockdown was announced and soon all classes turned digital.  As the economic repercussions of lockdown led to job losses and pay cuts, many parents found themselves battling to pay school fees.  The effects have been dire. But one school refuses to go down without a fight.

Guest : Dr Pieter Kotze | Head at Geomagnetism Group At Hermanus The launch of NASA’s next Mars rover mission has been delayed to no earlier than July 30 because of a launch vehicle processing issue, the latest in a series of slips that have now used up nearly half of the available launch opportunities for the mission.   NASA announced June 30 that the mission, previously scheduled to launch July 22, would be delayed to investigate “off-nominal” data from a liquid oxygen sensor line during a wet dress rehearsal of the mission’s Atlas 5 launch vehicle June 22 at Cape Canaveral, Florida - according to SpaceNews.com.  The mission was originally scheduled to launch July 17, the beginning of its launch period, but has slipped three times. None of the slips have had to do with issues with the Mars 2020 spacecraft itself - NASA announced.  The Mars 2020 project (carrying a rover named Perseverance) will land on Mars on Feb. 18, 2021, regardless of what day it launches during the current launch period. The rover will land in Jezero Crater on Mars for mission designed to last at least one Martian year, or 687 Earth days. Perseverance’s instruments will reportedly look for signs of past life on Mars, but the mission’s biggest purpose is to cache samples of Martian rock for later return to Earth.